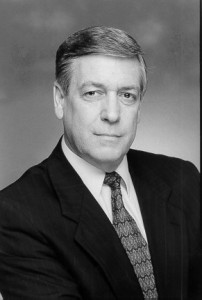 Robert Martin is Vice President of Gavin de Becker & Associates, and is widely regarded as one of the Nation’s leading experts in assessing and managing violently inclined situations.

Happy Birthday Girls Fight Back.  I remember when you were a new-born, only ten years ago.  My, how you have grown – and grown – touching many lives along the way.

In December of 2001, I sent an email to a friend in New Jersey who was looking for top notch safety programs, and my comments included the following:

“…and there is a young woman in Hoboken who teaches what is shaping up to be a very successful women’s self-defense program.  Her name is Erin Weed and she founded a program called Girls Fight Back at www.GirlsFightBack.com.”

“Success” is not always an easy term to define, but presenting to over one million people in ten years has to be on the list somewhere.

A week later, in December of 2001, Erin’s response to a pending conference call spoke volumes about her, she said: “Since I’m relatively new to the game, I’ll probably need someone to take me up to speed…but as Bob can assure you, I’m FIRED up about combating crime, assault, etc….”

And I am FIRED up about watching where the next ten years takes you.

Note from Erin: How in the world did I get someone as amazing and experienced as Bob Martin to drink our GFB kool-aid? Seriously, read his bio and you’ll understand my amazement. Bob has been my friend, advisor, expert and coach, since day one…and somewhere along the line, he also became family. Thanks for being one of our and biggest fans for the longest time…

62 thoughts on “Fired up for a safer world”