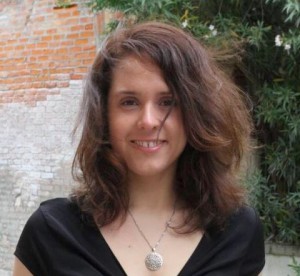 Lauren Jonik is a Brooklyn-based freelance writer and photographer. She is currently at work on a memoir. Her landscape, cityscape and nature photography can be viewed on www.shootlikeagirlphotography.com.
“There’s someone I think you should be in touch with,” my friend Dina said after she had heard the news. Just days before on a steamy July afternoon in Brooklyn, all of my preconceived notions about when and where—and to whom—violent crimes occur were shattered. “Her name is Erin Weed and she runs an organization called Girls Fight Back,” Dina continued. My mind and body were still in a confusing state of disarray.
While cat-sitting for a friend, I entered her apartment building and got on a small elevator with a stranger in a bright red t-shirt. On that day, I simply planned to go to my friend’s Brooklyn apartment. He, on the other hand, demonstrated that he planned to rape and kill someone. But, the day did not go as expected for either of us.

As the elevator doors closed, he immediately pushed behind me, grabbing my neck with his thick, meaty arm. I tried to free myself, to jam my keys into his flesh, but he had every counter-move choreographed. After both of us fell to the floor, I tried to poke him in the eyes, I frantically tried to grab at his ears, but my attempts fell short each time. At last, I was able to get in to a position where I could kick him in the face. As the bottom of my sneaker connected with his nose, I was grateful for all of the hours I had spent in yoga classes gaining strength, flexibility and peace of mind. It was, in addition to the pure grace of God, my yoga training that helped to save me.

But, being in kicked in the face didn’t go over too well with The Monster and so he stood partly up and began to unbutton his pants with one hand while holding my throat with the other. I flailed wildly with all of the fading strength I could. His frustration increased, as did my determination. He then punched my face repeatedly as the elevator ascended to yet another floor—with no one on the other side of the doors. My pulse raced as thoughts flooded my mind, each bringing with it another dose of adrenaline. At last, with seconds to spare, I flailed my arm one last time and hit the buzzer on the side panel of the elevator. The noise startled him, the doors opened yet again and he ran out. I crawled into the hallway and gasped for help. The attack was over and my new life post-attack had just begun.

Connecting with Erin in those first fragile weeks was a pivotal element in initiating the healing process. I learned that I was far from alone in my experience and it was validating to be reminded that I had done all I could. Violent crimes can happen to anyone at any time—even in the middle of an afternoon in an affluent location. And, it wasn’t a weapon or physical strength that allowed me to save my life, but staying present in the moment—even a horrible one—to make it through to the other side.
Many thanks and happy 10th birthday, GFB!
Note from Erin: I met Lauren for the first time in person when I opened New Jersey’s only women’s self-defense studio back in 2006, and threw a ragin’ party at the space. If you own a copy of my book, I write about Lauren’s story in the epilogue. It was such a catharsis for me, to finish the book with her amazing story after spending so many years researching the most horrific endings to violence.  So rarely do we hear these success stories! Lauren’s story makes a case for having more inner peace as a self-defense technique. Calm down and breathe – it could save your life someday. Big thanks to Lauren for going down a not-so-pleasant memory lane to recollect this story for our e-party…I truly appreciate your ongoing bravery.

7 thoughts on “Yoga saved my life”