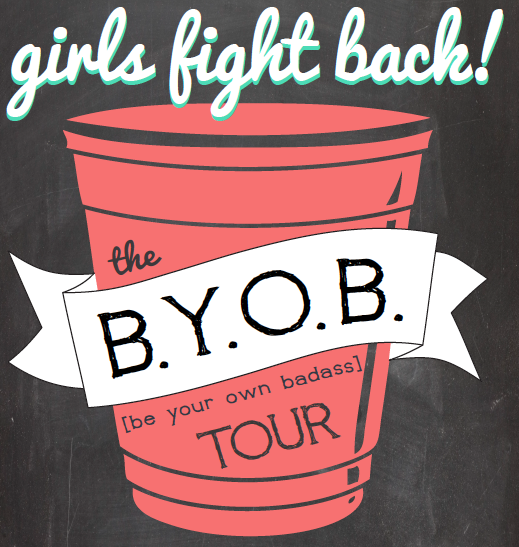 Recently a sexual assault on the campus of University of Montana has shined a light on the reality of rape on campus…that in many cases, the person committing the crime is someone you know. Someone popular. Someone who’s NOT wearing creepy aviator glasses and jumping out of the bushes…but instead, sitting next to you in Statistics class.

Here’s another college reality: If you are assaulted, there’s a good chance alcohol will play a role.

Now I know what you’re thinking. What are you saying Weed?!? “No boys? No booze? Whaaat?”

Don’t freak out…this is not to say you can’t trust guys. You can – just trust your intuition more. And please have a good time…it’s college, after all! Just know the facts and how to protect yourself.

Here at GFB, we’re all about getting real. Being real. Talking real. Not with fancy stats or scary lingo…but just telling it how it is. And teaching you how to handle it. No fuss, no drama.

So while the realities of violence in college often involve men we know (and sometimes love), and the frothy fun drink – it’s time to have a frank conversation. Enter, the name of our upcoming tour for school year 2012-13:

This Fall our GFB speaker team will be hitting the road speaking at cities across the United States. Wanna get on the tour? Then you need to know Caryn Begeschke, our Tour Director. She’ll hook you up. Tell her Weed sent you. Just call her at (303) 872-8030 ext. 103 or e-mail Caryn here.

As you may know, I won’t be doing much speaking/traveling because I’m basking in the glow of new motherhood. I welcomed my baby girl, Phoebe, to the world on June 21st. This “mom of 2 kids” thing has got me baffled, I gotta tell you. How do these women take showers? I swear, you should be glad you’re not seeing me much on this tour. I usually have dried baby vomit in my hair. (wish that was a joke – but it’s the TRUTH)

BUT…my GFB girls Bree, Heather and Megan might be coming to a city near you. And they all ROCK like Spock. So you’re covered.

OK, let’s do this. Raise your pink solo cup to GFB and say CHEERS to living the badass life we were all intended.

We’d love to hear your thoughts in the comments. What do you think of the BYOB theme? Is the frank conversation about boys, booze and violence long overdue?