Stalking is probably most familiar to us from celebrity news stories—Rhianna and Ashley Tisdale have both been in the news recently getting protective orders issued against their stalkers.  The truth of the matter is that the most stalking cases (approximately 3/4) do not happen between strangers, but between two people who know each other, very commonly incidences in which the perpetrator and the victim have or (more importantly) had a personal or intimate relationship.  In these cases, the closeness of the relationship once in place between the victim and the perpetrator is part of what makes this crime so complex for women. 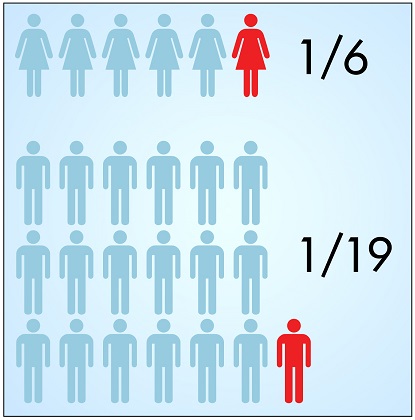 The Supplemental Victimization Survey by the Department of Justice defines stalking as including some or all of these acts which may not be criminal individually, but that collectively and repetitively cause the victim fear

When victims were asked what their perception was as to the reason the stalking or harassment began, these were the most common responses:

* Details sum to more than 100% because multiple responses were permitted.

President Obama issued a proclamation, naming January 2013 as National Stalking Awareness Month, stating that: “The perpetrator is usually someone the victim knows.  Stalking behavior may be innocuous to outside observers, but victims often endure intense physical and emotional distress that affects every aspect of their lives.  . . . Tragically, stalking tends to escalate over time, and it is sometimes followed by sexual assault or homicide.”

No two stalking situations are alike, and it is important to note that one of the frequent tactics of the stalker is to downplay his or her own behavior causing the victim to question the validity of his or her fears.  Implied threats of violence, such as “I won’t be at peace until you are dead” or veiled threats of suicide such as, “you won’t be happy until I put a gun in my mouth” can easily be dismissed by the perpetrator as “fiery e-mails” or “a few angry texts” when the intention of these communications is obvious and clear—to create fear in the victim.  Implied threats are no different in their intention than direct threats and should always be taken seriously.  The Stalking Resource Center points out that stalking “can have devastating and long-lasting physical, emotional, and psychological effects on victims.  The prevalence of anxiety, insomnia, social dysfunction, and severe depression is much higher among stalking victims than in the general population.”

My personal experience happened twice as I made the mistake of succumbing to the behavior the first time and returned to the unhealthy relationship.  This led me to have to repeat the breakup process a second time; thereby retriggering the stalking.  I felt immense guilt and embarrassment that I made the same mistake twice; and, I allowed those feelings to negatively impact my ability to control my response and seek a swifter resolution.

The second stalking incident (after the second breakup) lasted well over a year, but I thought I could wait it out.  I had great hopes when my stalker entered a new relationship.  Maybe he will lose interest in me?  I thought it was necessary to reply to his contact by repeating over and over that I was no longer and would never be interested.  Granted, I had already trained my stalker that if he harassed me long enough, I would go back to the relationship rather than endure the stalking—a decision I later came to regret.

None of my efforts had any effect other than to fuel the behavior, and I began to allow myself to believe that the situation was my fault, just as he insisted it was.  My stalker made it clear that the only way to end the stalking was to go back to the relationship, telling me things like, “I will never love anyone but you,” “we were meant to be together forever,” “any woman who isn’t you is only a placeholder.”

Love or control?  The answer seems crystal clear in hindsight, but at the time, in the cloud of fear and anxiety (confusion of the abuse paired with a history of emotional connection), it was difficult to decipher.  For over a year, I was on edge.  I didn’t sleep.  I lost weight.  I tried to move on with the many positive aspects of my life and ignore the stalking.  I attempted to act like nothing was wrong in front of friends, co-workers, employees, my son, and my family.  There were many uncomfortable times when I would be out with someone while my phone was beeping incessantly with e-mails and texts and I made excuses for it, pretending everything was fine, only to learn after the fact that no one was buying it.  No matter how much I tried to deny it, I was completely stressed out and it showed.  At the time, I couldn’t admit to anyone that I had let another person so thoroughly control my life.  It was completely humiliating.

Of course, it doesn’t help that the media often romanticizes this crime.  I know that have you seen this portrayed on television or in movies—a man won’t give up on his quest for the woman of his dreams. She rebuffs him, and plays hard to get, but eventually she “sees the light” and he gets the girl.   This encourages the incorrect notion that stalking is about love and that women don’t have the right to choose who they want to be in a relationship with.

Stalking is NEVER about love.  It is only about power and persistence.  Gavin de Becker in The Gift of Fear states, “The fact that a romantic pursuer is relentless doesn’t mean you are special—it means he is troubled.”  Complicating matters further, it is often difficult for the victim to explain the unwanted contact, which is sometimes so bizarre and far-fetched that she might feel crazy even saying it out loud.  For this, among other reasons, the crime often goes unreported to police and also unreported to friends and loved ones.  That isolation works to the perpetrator’s advantage making it easier for him to hide this behavior to the outside world and to any shared associates.

One of the most insidious developments in stalking over the past 20 years is how easy it has become through technological advances.  When in the past a stalker had to leave his house and show up at your home or place of work, today many stalkers control their victims with unwanted e-mails, phone calls, texts, and even setting up false profiles on social media to monitor your activities all from the comfort of home.  This new wave of stalking, called cyberstalking, has become very common with 83% of stalking victims reporting some form of cyberstalking.  The good news, is that it is also makes the stalking easy to document with a long trail of evidence.  This can be very helpful to the police if and when you decide you need a court order of protection.  As painful as it can be, (and I personally know that it can be), you must keep a log of all contact.  Keep all e-mails, or as I did, forward them to someone else to keep on your behalf so you don’t have an opportunity to see them again.  Keep records of texts.  Record all calls with times, what was said, and any threats that were issued.  If you do decide that prosecution is necessary, those logs are essential to your case.

Some unwanted romantic relationships can be ended altogether before there is a major situation on your hands, if people know how to say NO properly.  It seems easy—a simple two letter word, but in our efforts to be kind, we often use it incorrectly.  This is one lesson I wish I had learned much earlier!  de Becker explains that, “stalking is how some men raise the stakes when women don’t play along.  . . . In fact, many cases of date stalking could be described as extended rapes; they take away the freedom, and they honor the desires of the man and disregard the wishes of the woman.”  So, if a person decides he or she does not want to be in a relationship with any given person, it is best to say NO one time and explicitly and then say nothing else.  Anything communicated after “no,” even if that communication is reiterating how much you want to end all communication, IS MORE COMMUNICATION.  If you resist communication 20 times and then cave in and reply to tell the stalker that you want to be left alone, your stalker doesn’t hear that you want to be left alone.  What he or she does hear is that it takes 20 attempts at contact before the stalker gets the desired result . . . your attention. 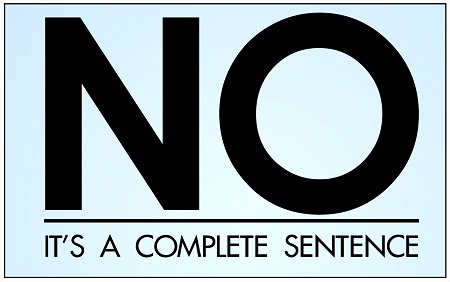 However, not all cases are that simple.  Some require further efforts.  So, if you are in this situation or you know someone who is, how do you free yourself from a stalker?  Here are a few tips:

National Sexual Assault Hotline
To be connected to the rape crisis center nearest to you, dial
1-800-656-HOPE (4673)

All statistics come from these sources:

About the Author – Gina Kirkland, owner of Kirkland Productions and KP Comedy, channeled her lifelong passion for Women’s Issues into the purchase of her third company, Girls Fight Back, in 2013.  She is picking up the banner from the amazing Erin Weed to continue bringing the message of living a fearless life and combating violence against women to millions of young women across the country.  www.girlsfightback.com

This article can be found online as published in Campus Activities Magazine at: https://bit.ly/stalkingstory

81 thoughts on “Love or Control? – The Truth About Stalking”