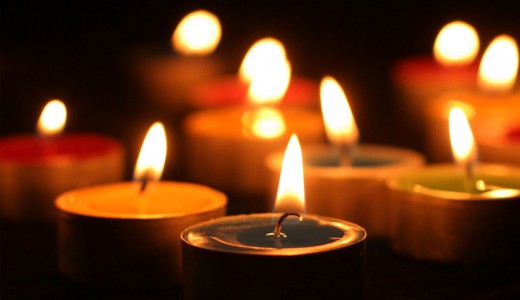 As the President of Girls Fight Back, my heart is full of sadness for the community of UCSB, where a young man killed six students on May 23rd before taking his own life. This disturbed murderer made clear in his videos and writings that his intention was to destroy that which he felt he could not have; and that “thing” he felt deprived of was attention, sex, and affection from women. After killing his roommates, he specifically targeted the Alpha Phi sorority house where he was, thankfully, unable to gain access. Though he did not get inside the house, six young people nevertheless lost their lives that day, all students of UCSB. In his video, he said of women, “If I can’t have you, I will destroy you.” It is haunting, it is tragic, and it has to change.

Every time one of these tragedies takes center stage in the national news, which is all too often, we renew the national dialog about prevention, gun control, and mental health; and, the news cycle goes on overdrive to instill fear that you could be the next victim of a crazed killer. Fear alone is not an option. To live in that fear is to succumb to the logic of a killer who feels that women should have sex with him because that is his entitlement as a man. We all know that we can’t walk through the world afraid to choose the relationships we want to be in, the people whom we share intimacy with, or even our prom date. Life would be much safer if we never left our house, but that isn’t living.

I spent some time over the past few days reading #yesallwomen. When I see page after page of tweets calling out the daily impact that fear can have on our lives, I am once again reminded of the importance of making our voices heard and learning to be our own best protectors. It is encouraging to see how many husbands, brothers, boyfriends, and dads are also tweeting to #yesallwomen that they get it, and it is a reminder of how far we have to go to see those who they clearly do not get what the big deal is. What we need is social change on a global level, and the world is full of good people, both women and men, who are ready to stand up against violence. And, until that happens, I want all women to have the confidence and security to live their best lives.

At Girls Fight Back, we believe that every individual is his or her own best protector. Our strength is not necessarily made up of mere physical muscle, but is built upon making a conscious choice to reclaim our sense of security in the world. We strive to empower individuals to be in control of their lives, to set boundaries that allow them to feel safe, to be wary of anyone who discounts their NO, and to learn how to live a safer life through their actions while helping other people around them do the same.

In memory of Cheng Yuan Hong, 20, George Chen, 19, Weihan Wang, 20, Veronika Weiss, 19, Katie Cooper, 22, Christopher Michael-Martinez, 20, Maren Sanchez, 16, who was fatally stabbed after declining a prom invitation last month, and the estimated 7,500 others who will lose their lives to violence this year, we continue to speak out. Though the statistics are shocking, we are here to say that we will not conform to the violence. We will remain focused on our efforts to create social change, to protect ourselves, and to take care of one another.

56 thoughts on “Girls Fight Back Responds to the UCSB Murders”