This article, originally published on The Daily Beast, is from friend of GFB and speaker on the Kirkland Productions roster, Dean Obeidallah: 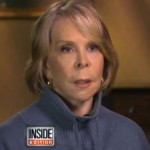 In an interview, one of the women who has accused Cosby of assault talks about what happened, what she’d tell him, and how she coped.

“I’d tell him that he’s pathetic,” she said, and then added: “And I’d tell him: You are powerless, and rape is about power, and now you don’t have that power.”

These were the poignant words of Kristina Ruehli, one of the women who has accused Bill Cosby of sexual assault, as she explained to me what she would tell Cosby if she could speak to him today. I spoke to Ruehli on Sunday by phone and was amazed by her triumphant tone. This is not a woman who wants pity, nor does she want money, or even an apology from Cosby.

Rather, Ruehli wants two things: to prevent other women from being sexually assaulted and to see Cosby be brought to justice in some form. And it’s clear that she feels that there has been great progress on both fronts.

Ruehli, who is now 71 and lives with her husband in New Hampshire, is unique among the Cosby victims in that she is woman No. 1 in the chronology of when the alleged sexual assaults occurred. She claims that in 1965, while she was working as a secretary at a talent agency, Cosby invited her and an unnamed actress to his house for a party. A party for three that is, because when she arrived with the actress, no one else was at the party.

Cosby offered her a drink. The next thing she recalls was waking up in bed with Cosby, who she alleges was trying to force his penis into her mouth. She fought Cosby off, ran to the bathroom where she vomited, and then fled the house.

In our conversation, the terms “power” and “powerlessness” came up frequently. In Ruehli’s view, the person who commits the sexual assault has the power and the victims tend to feel powerless. As she explained, you feel alone and start to blame yourself. Why was I so stupid? Did I do something to lead him on?

Adding to the feeling of powerlessness for the woman is that Cosby is a beloved celebrity. Questions like “Will people even believe me?” start running through your head. And there is the additional fear in these types of cases that the public will vilify the victim, not a celebrity wrongdoer. As Ruehli noted, when a woman alleges rape charges against a celebrity, it isn’t “15 minutes of fame” but rather “15 minutes of shame.”

Ruehli added that Cosby’s silence in the face of these allegations has “ceded the power to the women.”
In Ruehli’s case, she was concerned that she would lose her job at the talent agency if she had gone public with the accusations, so she didn’t tell the authorities. It’s clearly understandable why, after the incident, Ruehli felt ashamed, alone, and powerless.

But those feelings are long gone. The fact that so many women have come forward to reveal allegations of sexual misconduct by Cosby has, in a sense, created a support network for these women. It’s no longer a story of victimhood, but one of empowerment. They are now in essence a sisterhood joined together by a vile incident.

I asked her if she thought Cosby would come forward at some point to address the allegations. Ruehli laughingly responded, “He doesn’t have the balls.” She added that Cosby’s silence in the face of these allegations has “ceded the power to the women.”

Ruehli, who is a law school graduate but not a practicing attorney, was one of the 13 “Jane Does” in the civil lawsuit filed by Andrea Constand in 2005 alleging that Cosby had sexually assaulted her. Ruehli explained to me that she read about the lawsuit in The New York Times and then reached out to Constand’s lawyer.

“It was like an epiphany—I realized I wasn’t alone,” she remarked. She felt compelled to come forward because the allegations in that case seem similar to her own regarding Cosby. She wanted to make sure that Constand knew that she wasn’t alone either.

While Ruehli is “thrilled” that on Friday the Los Angeles Police Department opened up an investigation into recent allegations by Judy Huth that Cosby forced her to perform oral sex on him when she was only 15, she understands that it’s unlikely that he will be prosecuted criminally at this time. But there’s a sense that these women coming forward have made a positive difference.

Ruehli believes the Constand lawsuit, which was covered at the time by the national media, may have saved many other women from a similar fate. As she noted, there have been no other known incidents of alleged sexual misconduct by Cosby that postdate the 2005 lawsuit. (Constant’s claim was settled in 2006, when Cosby paid Constand an undisclosed amount.)

But just preventing women from being assaulted is not enough. When I asked Ruehli what she hoped would happen to Cosby, she quoted these lines from a poem by Sir Walter Scott, that he “shall go down to the vile dust from whence he sprung, unwept, unhonour’d, and unsung.”

With Cosby’s loss of TV deals, the cancellation of comedy shows, and the destruction of his reputation, I’d say Cosby is almost there.