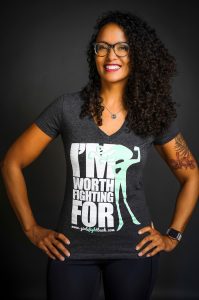 Nicole purchased Girls Fight Back in 2020 after 6 years of being a GFB Speaker because of her passion for empowering women, advocating for women’s rights and her desire to make the world a safer place for people of all gender identities. She is dedicated to bringing the message of living a fearless life and combating violence to millions of people around the world. Nicole received a full scholarship to Cal State Long Beach as a President’s Scholar, and graduated Summa Cum Laude with a BA in Speech Communication.  Her full-force self-defense training includes IMPACT LA  & IMPACT Global (where she is also a lead instructor), Defense Against the Armed Assailant training, FAST defense & the GFB Speaker Academy.

Nicole is an NACP Credentialed Advocate and currently sits on the board of IMPACT Personal Safety.  She has facilitated Sexual Assault Prevention and Response (SAPR) trainings at over 90 military installations around the world and has completed over 360 speaking engagements globally. She was recently featured in the November 2021 issue of Women’s Health Magazine and was a guest on the Nike Trained Podcast. Nicole won a People’s Voice Webby Award in May 2020 for her feature in the self-defense instructional video by Tastemade Travel in collaboration with IMPACT Personal Safety and she is the creator of the series Outdoor Defense, an online series that offers self-defense skills for enjoying the outdoors solo.  She is a collaborative teammate with Difference Makers (10 Strong) and has traveled the world speaking, delivering keynotes, and facilitating workshops at military installations, colleges, high schools, Fortune 500 Companies, corporations, outdoor women’s retreats, hiking organizations, private groups, and more.  In 2017 she volunteered in Fiji to teach self-defense to the women and girls in local villages.

On her spare time, Nicole is incredibly active and is a passionate outdoors adventurer. She loves to hike (she summited Mt. Whitney in June 2022!), camp, backpack, ride horses, play sports, hit the gym and travel the world; often solo! She is also an active volunteer in her community and an advocate for diversity and representation in the outdoors and beyond. For more information, visit Nicole here. (Photo by Deborah Hart) 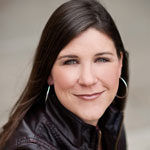 Erin founded GFB in 2001 at the age of 23 in response to the murder of Shannon, who was her close friend and sorority sister. Erin has won many awards for her work in women’s empowerment and social entrepreneurship. She was a columnist for CosmoGirl and is the author of Girls Fight Back! The College Girl’s Guide to Protecting Herself (now available in its 3rd edition). She is the creator of the GFB seminar seen by over a million women, and also the GFB Speaker Academy. Erin sold GFB to Gina Polesetsky in 2013. 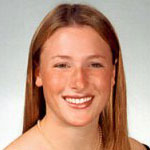 Shannon was murdered on June 12, 2001 just a few days shy of her 22nd birthday. While the world lost an incredible human being that day, heaven gained one hell of an angel. Shannon’s story has inspired over one million women to become their own best defenders, and to live the badass life each of us were intended. And for that, we are so grateful. 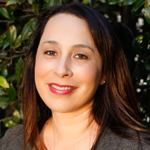 Gina Kirkland Polesetsky graduated from Amarillo College and West Texas A&M University with an A.A. and a B.A.. She worked as an educator and an event planner before opening Kirkland Productions, Inc., a college entertainment/speakers agency, in 2000. She served as a Facilitator for the AAG (Associate Advisory Group) for NACA (The National Association for Campus Activities) and was awarded Agent of the Year in 2014 by NACA South and in the past by both the NACA West and Central regions. In 2007, she opened her second company, KP Comedy, and, in 2013, she channeled her lifelong passion for Women’s Issues into the purchase of her third company, Girls Fight Back, before selling it to Nicole Snell in 2020. Gina is currently working as an Associate MFT Therapist with adults, children, families, and couples, providing chaplain work to prisoners, and volunteering with elementary school aged children for Reading Partners Los Angeles. 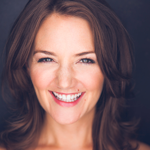 Bree is a graduate of Purdue University, where she studied Mass Communication and Theatre, was an ambassador for the College of Liberal Arts and a Co-Captain for the Purdue Golduster Dance Team. Her self-defense training includes IMPACT Chicago, FAST Defense, adrenal stress confrontations and the GFB Speaker Academy.  She is also a Certified Victim Advocate. Bree is an actress in NYC when not on the road with GFB, where she is an active member in The Community, a nonprofit theater group founded by fellow William Esper Studio graduates. Bree has coordinated and lead audition workshops for the organization to create a place for growing actors to work on their craft. During her time in Chicago, where she first became a GFB speaker, Bree mentored a young theater group in the suburbs of Chicago through classes and talks on the importance of being an artist. More recently, Bree helped coordinate an incredibly successful meditation workshop for the Clairvision School, which is a dynamic, interactive two-day workshop that unfolds a systematic method for achieving a state of inner stillness, focus and clarity of purpose.