Yesterday was International Women’s Day and I don’t think I could have concocted a better way to celebrate if I tried. I traveled to Eastern Illinois University to speak to a badass group of women at an incredible event hosted by their Student Government. This was a particularly special gig for me as it was the first time in my 5 years of speaking that I got to throw down with the alma mater of both our founder, Erin Weed, and, of course, the inspiration for Girls Fight Back, the beloved Shannon McNamara. It was an incredible group with great energy from start to finish. And Erin and Shannon’s Greek family, Alpha Phi, were out in full force… Sharing their love and energy, honoring their beautiful sister who fought fiercely against her attacker, but was taken too soon almost 15 years ago.

However, it’s more apparent than ever that Shannon’s spirit inspires women and men alike to be their own best protector everyday. Her sorority sisters approached me afterwards sharing how Shannon’s story not only moved them to lead safer, badass lives, but brought them closer together as a community. In our presentation, we share with students that the most important thing to bring into a self-defense scenario is the unwavering knowledge that you are worth fighting for and this will not be the end of your story. Shannon fought with all her heart and her story is so big, it continues to live on and inspire millions across the globe. I’m truly honored to share Shannon and Erin’s story, along with the rest of the GFB team, so we can all live in a more peaceful and empowered world as women. Happy International Women’s Day to all the brave women out there, and especially to one of the most badass women to walk this earth, Shannon. Your fight lives on.

Thank you Eastern Illinois, the Student Government and It’s On Us campaign for having me on campus … It was truly memorable and I can’t wait to see you all again. Till next time…

Lauren Taylor and Empowerment Based Self-Defense

Lauren Taylor has it just right when she addresses EMPOWERMENT based Self-Defense. “Empowerment self-defense does more than help individual women fight off rape attempts: It changes the world, individually and collectively – and ultimately, systemically. Women who have taken empowerment self-defense interact differently with the men in their lives. They take more healthy risks. They live more authentically. They raise their children differently. And on and on. Person by person, they are changing the world and ending rape culture. They’re part of the revolution that is feminism. Which we think is something we all can agree is not victim-blaming – and is a good thing.” 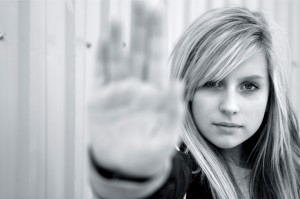 1870 – The 15th Amendment prohibits the denial of the vote based on race, color, or previous condition of servitude

The Grimke Sisters (1792 – 1873 – Sarah & 1805 -1878 – Angelina) lived to see slavery abolished but not long enough to see women get the right to vote over 50 years later.  They are two of the earliest outspoken American feminists and two of the best known female abolitionists.  Both women were born in Charleston, South Carolina to a plantation owning and slave owning family.  Going against their family’s way of life and also against all standards for women of their time, they became leading abolitionists and later feminists by speaking in public, publishing pamphlets, and assisting with the education of many of the children of the abolition and feminist movements.  Their combination of these two passions was controversial in their adopted faith of Quakerism as many feared it would split the abolition movement into two groups—those who also felt that women and slaves deserved equality and those who were passionate about ending slavery, but still held fast to male superiority.  And, so it did.  At a time when women had no legal rights and were relegated to the roles of wives and mothers only, these two sisters dared to speak in public on political issues to both women and men.  Their published works include, “Letters on the Equality of the Sexes,” “Appeal to the Christian Women of the South,” and “An Appeal to the Women of the Nominally Free States.”

The strength and conviction that it takes to stand up for what one feels is right despite the views of those around you is awe inspiring, especially at a time in history when women had very few role models to look to when forging an unconventional path.  In Sue Monk Kidd’s “The Invention of Wings,” the story of the Grimke Sisters is beautifully told in the form of a novel.  Though some aspects of the narrative were created to fill in the gaps, many of the characters, facts, and historical events are true with quotes from the writings of both women included.  If your background in feminism doesn’t stretch much past the 1970’s, exploring the original works of the Grimke Sisters and the ground they gained for all of their sisters is a must.

Sue Monk Kidd’s novel is a story of courage that brings to life the ugly history of slavery in our country through the eyes of Sarah Grimke and a slave owned by her family, Hetty “Handful” Grimke.  The alternating narratives of the two main characters speaks volumes about civil rights and brings to mind the words of Emma Lazarus, author of “The New Colossus,”, “Until we are all free, we are none of us free.”  This applies to the dual struggle of Hetty, who was bound by the terrible shackles of slavery, and Sarah who was blessed to be free, yet still not truly free due to the limitations placed upon her sex; and it applies today to remind us to continue the fight to end oppression in whatever form it appears.

“The Invention of Wings” gets a GFB Thumbs Up.  — GFB Gina

“Here now, the very being of a woman, like that of a slave, is absorbed in her master.  All contracts made with her, like those made with slaves by their owners, are a mere nullity.  Our kind defenders have legislated away almost all of our legal rights, and in the true spirit of such injustice and oppression, have kept us in ignorance of those very laws by which we are governed.”